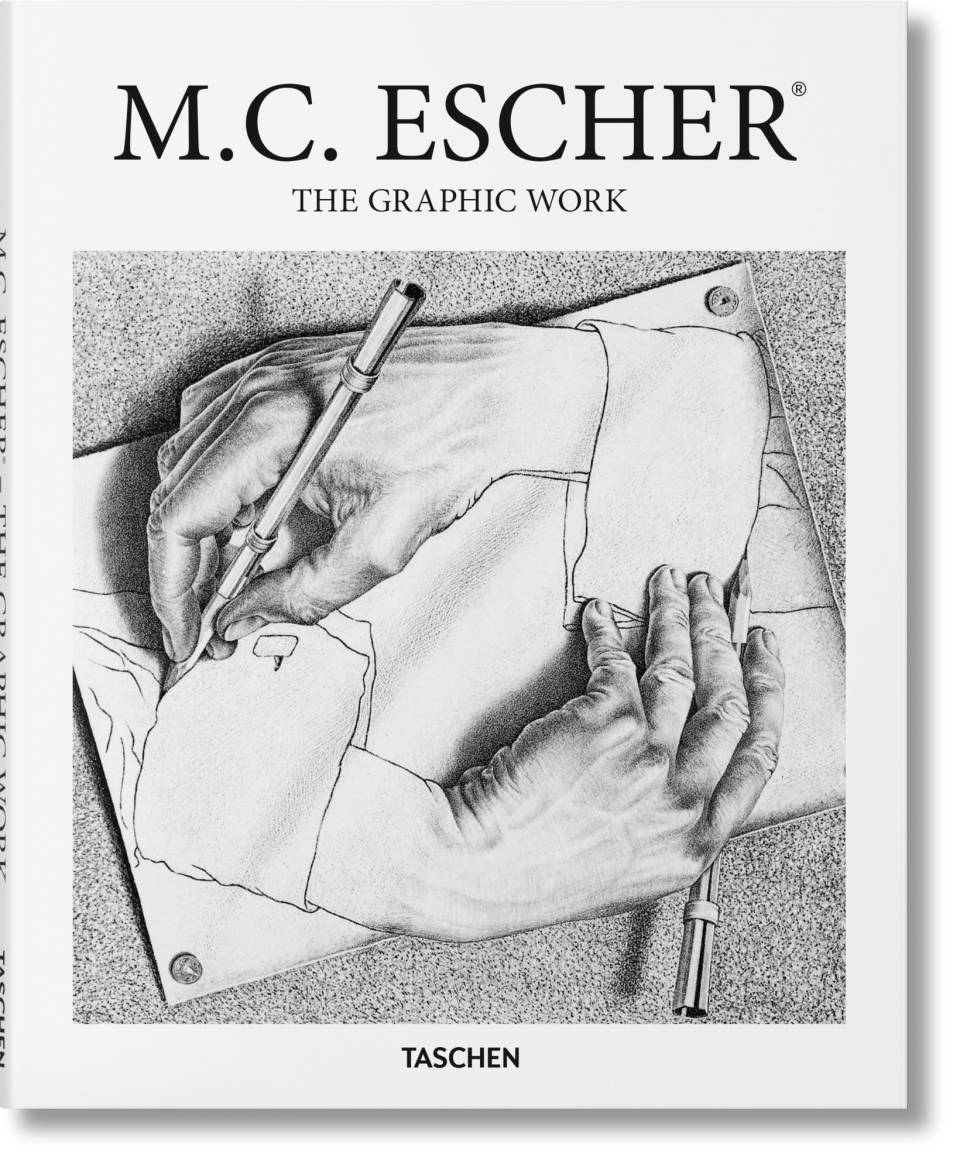 From impossible staircases to tesselated birds, Dutch artist M.C. Escher (1898–1972) crafted a unique graphic language of patterns, puzzles, and mathematics. Dense, complex, and structured by intricate principles, his work is at the same time decorative and playful, toying constantly with optic illusions and the limitations of sensory perception. For mathematicians and scientists, Escher is a mastermind. For hippies, he was the pioneer of psychedelic art.

Born in Leeuwarden, in the Netherlands in 1898, Escher’s early works focused on nature and landscapes, with regular exhibitions in Holland, and some international recognition. It was on a trip to the Alhambra Palace in Spain in the 1920s, however, that Escher found his niche. Sketching the patterns of the palace’s Moorish architecture, Escher became captivated by the codependency of forms within and next to each other.

Working mainly with lithographs and woodcuts, Escher went on to explore the relationships among shapes, figures, and space with a near-obsessive delight. He reveled in quirky vantage points, multiple perspectives, the transition from paper flatness to illusory volume, and intricate mathematical puzzles such as the Möbius strip, a seemingly infinite loop which twists and recoils on itself in a contortion of apparent physical impossibility.

This introductory book from TASCHEN Basic Art 2.0 taps into Escher’s brilliant mind with key works from his restless investigation of image and perception. Along the way, you’ll find fish morphing into birds, lizards crawling off the page, masterful reflections, infinite mazes, and some of the most mind-bending images of 20th-century art.